Weather plays a significant part in making a great holiday. If you are planning for an exhilarating journey on the beautiful Irrawaddy River of Myanmar, you need to know when is the best time to cruise. This article will give you more information about Myanmar’s weather and suggestions for the best time for Myanmar Irrawaddy River cruises.

Most parts of Myanmar feature the tropical monsoon climate with three distinctive seasons: Cool season from November to February – warm to hot during the day and the air is relatively dry. The hot season from March to May is -intensely hot in most of the country. And rainy season from June to October – the monsoon season, with high rainfall. From August, rainfall can be constant for a long period of time.
Generally, in the cool and hot season, you are unlikely to experience any rain. Therefore, it is the best time to visit the whole country of Myanmar. This time, the country witnesses a huge number of visitors from all over the world making it the peak season. From June to September is the low season as the weather turns to rain more frequently. Nevertheless, the rain has never lasted for too long during the day. Thus it is still good to visit the big 4 attractions of the country: Mandalay, Bagan, Yangon & Inle Lake. 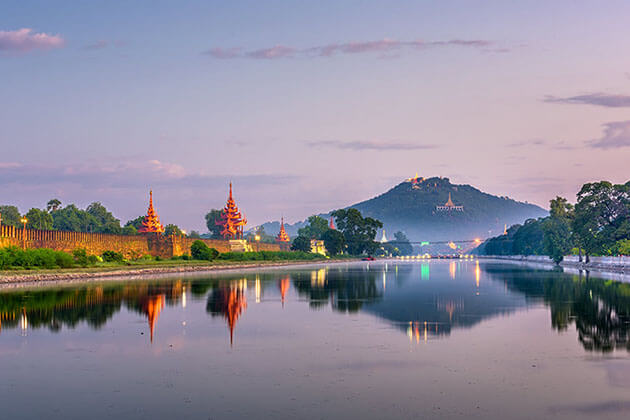 In a nutshell, the best time to take Irrawaddy river cruises is in the cool season which lasts from October to February. Cruising on Irrawaddy River this time, you will experience the nice and warm weather during the day but a bit cooler when the night falls.
From March to May, the temperature rises dramatically, as do the high levels of humidity. If you don’t mind the heat and a little humidity, the hot season is still a great time to cruise the Irrawaddy in Myanmar. The advantage of taking Irrawaddy river cruises in this season is that you will have more space to explore the popular destinations as they will be less crowded. Even more, you may even find better deals on hotels and airfare.
The monsoon season starts in late May and often continues into October. Due to the levels of the Irrawaddy, the best season for cruises between Mandalay and Bagan runs from September to April. This is the same for longer expeditions between Yangon (in the south) and Bagan and Mandalay (in the north).
From August to September, you can take the in-depth journeys to Bhamo, while the voyages on the Chindwin River, the largest tributary of Irrawaddy, are undertaken in July, August, and September during the monsoon season because of the low-level water. During this time, you will have a chance to take tour itineraries that would otherwise be inaccessible due to water levels other times of the year. 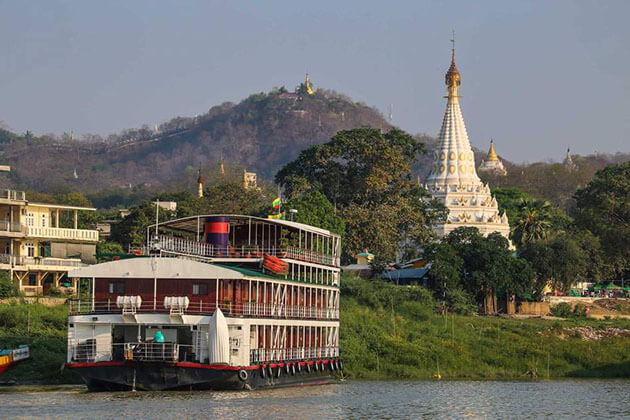 Go Myanmar Cruises is delighted to introduce customers with the best cruise lines offering river cruises on the Irrawaddy River. There various choices for you from luxury cruise lines such as Sanctuary Retreat, Anawrahta, Sanctuary Retreat & Strand Cruises for long journeys which might take you from the popular attractions to the untouched and less-visited places. Additionally, you can choose Ms. Irrawaddy Explorer and Pandaw Myanmar for short excursions from Mandalay to Bagan. 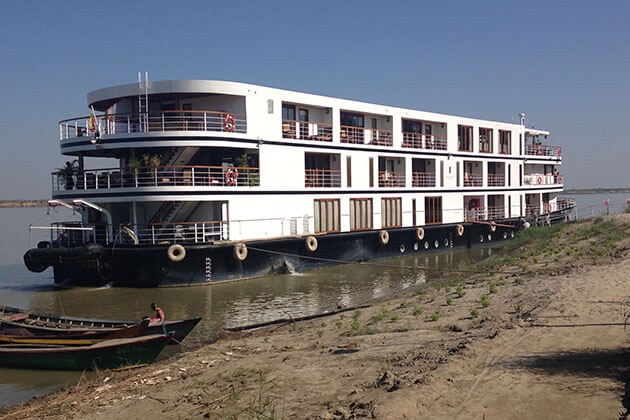 Bagan (formerly known as Pagan) is an ancient city situated on the eastern bank of the Irrawaddy in central Myanmar. The monuments (pagodas and temples) in the archaeological area which has been recognized as an official UNESCO Heritage Site is not only one of the main tourist attractions for Irrawaddy river cruises but for any Myanmar tours. The magnificent temples and stupas seem to overwhelm the landscape. It has been through many earthquakes over centuries that now there are just over 3000 monuments in the Old Bagan which covering an area of 16 square miles.
Visiting Bagan from Irrawaddy river cruises, you will have a chance to marvel at an incredible number of temples, pagodas and shrines from the 11th to the 13th century that could be seen here. The most famous sites to visit are Shwezigon Pagoda, Ananda, Dhammayangyi, Gubyaukkyi Dhammayangygi. 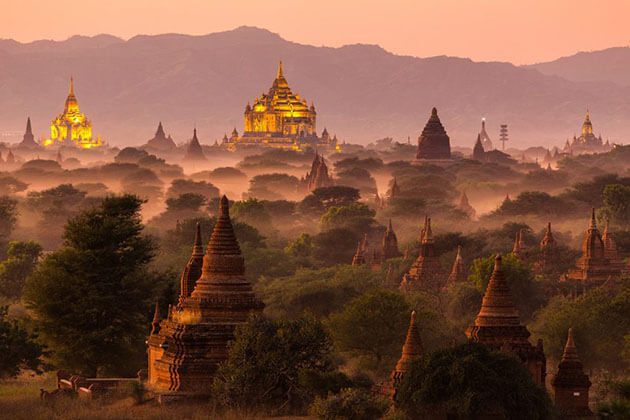 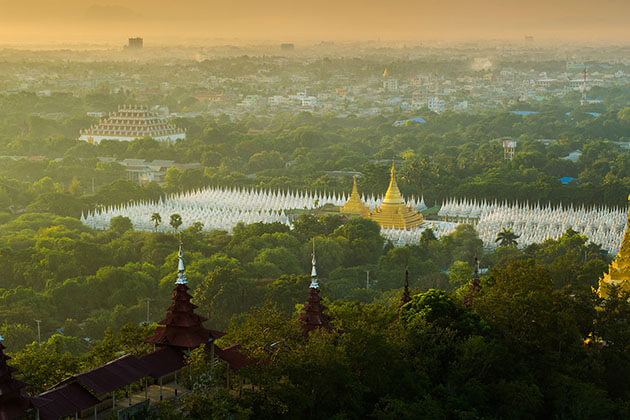 Described as a precious gem of Southeast Asia, Yangon is not just home to the glittering pagodas but also one of the best places to visit from the Irrawaddy river cruises where you can expect to be mesmerized while strolling along the shady walkway lead to the serene lake.
To date, Yangon is the place that has the most enchanting colonial buildings in Southeast Asia. Take a stroll around the city, you will capture the alluring of Myanmar Supreme Court, City Hall, Bogyoke Market, and the General Hospital which are being planned reinforcement upgrade. 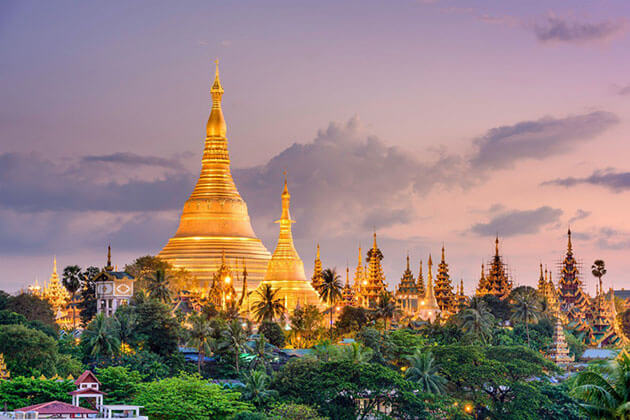 Formerly referred to as Prome by the British, Pyay is another highlight on the Irrawaddy River cruises. Take an excursion to the city, travelers can see the unique Buddha wearing gold sunglasses at Shwe Myet Hman pagoda. Toward the old Pyu Dynasty city of Thayekhittata, spend time to discover a wealth of different-sized stupas built between the 4th and the 13th centuries. The Shwesandaw Paya temple is celebrated for housing what are said to be strands of Buddha’s hair and also one of his teeth, which takes the form of a golden bell and is revealed only during November’s full-moon festival. 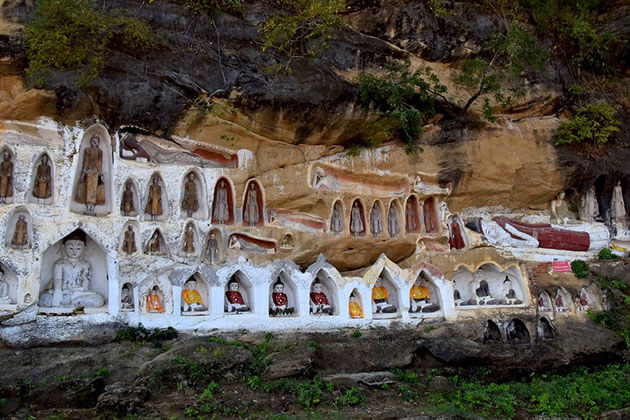 The US dollar is widely used in Burma. It is essential that notes are in mint condition; small denomination notes are always useful for souvenirs in remote villages. You can exchange the money at the airports or any hotel you stay in. Recently, international ATMs dispensing Kyats have been installed in tourist areas and some luxury hotels.

We highly recommend you to extend your river cruise beyond the routine you take. For example, to Yangon – the vibrant city of glistening temple and Inle Lake – home to the breathtaking nature and traditional practices. Recently, there are an increasing number of international-standard hotels opening in Yangon and many operators are now booking their clients into these. Pre- and post-cruise extension options include a few days stay at the tranquil Inle Lake, where visitors can discover floating villages and gardens surrounding the lake, and admire ancient pagodas and artisan workshops. Alternatively, do a relaxing stay at Ngapali, Burma’s most unspoiled beach, where visitors can snorkel or fish in the crystal-clear waters, indulge in spa treatments or dine on fresh seafood. 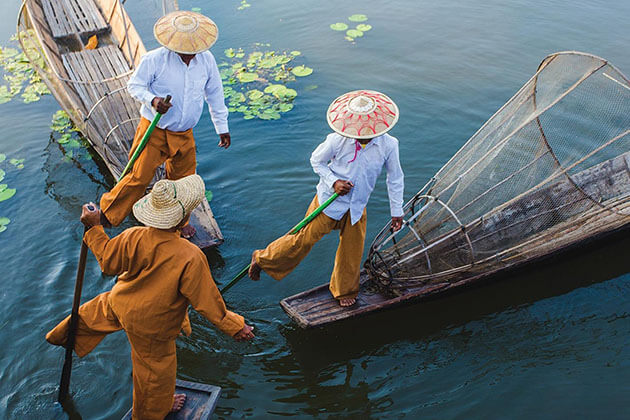 Show Respect When Visit a Temple or Pagoda

When visiting temples or religious sites from Irrawaddy River cruises, shoulders and knees must be covered. Shorts are excepted only while strolling around the street. Sandals are a good idea when visiting temples, as shoes and socks must be removed. For ladies, blouses or shirts with long sleeves offer better sun protection. Men should pack lightweight cotton slacks, as nights on board can be quite dressy. It can cool down in the evenings between October and February so it’s advisable to take a light wrap or jacket. Sunhats, sunglasses, and sunscreen are essential, as is mosquito repellent. 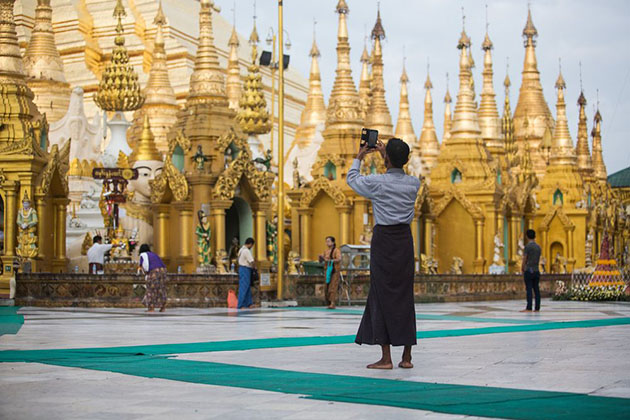